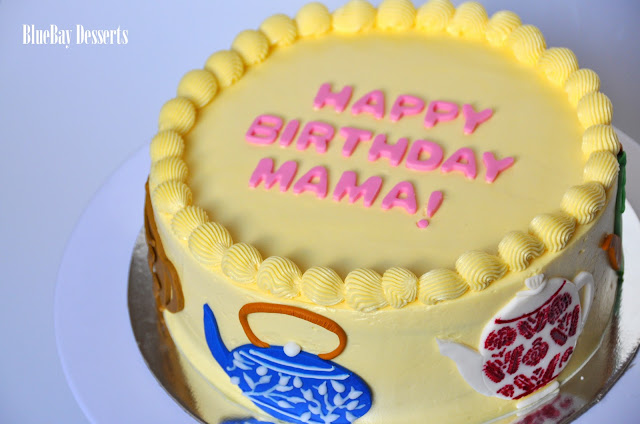 This Lemon Layer Cake was ordered by my lovely friend, Pia, whose Mom is an avid teapot collector : )

At first, when she called me, I misunderstood and thought it was a collection of tea SETS.

I was picturing, in my head, the tiny little marshmallow fondant teapot with itty bitty matching cups and saucers that I'd make to put on top of the cake. 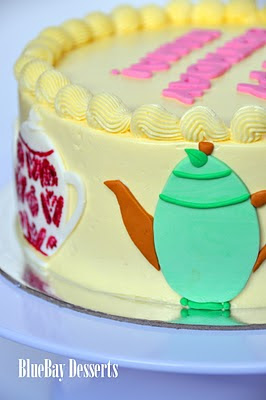 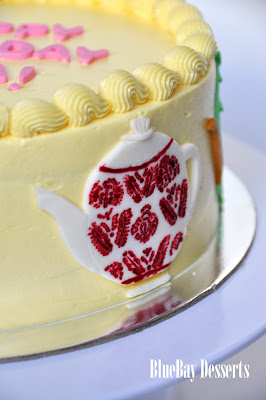 That was, of course, until Pia sent me a few photos she'd taken... 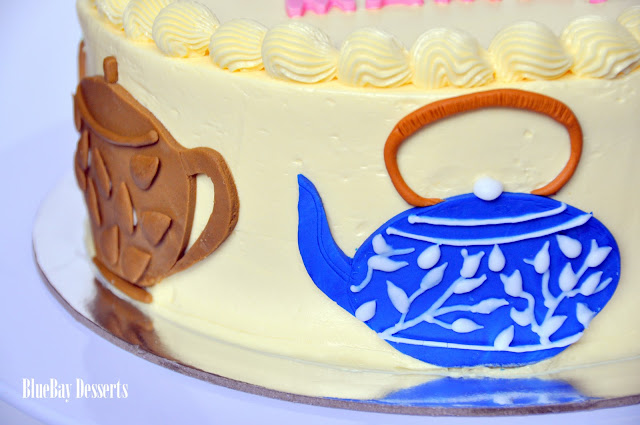 There was shelf upon shelf upon SHELF of every type of teapot imaginable.

Big tall squarish ones, short little round ones, ceramic ones, glass ones, some had leaves or flowers or patterns and there was even one with a face on it.

So, I mentally bookmarked the "tea set motif" then went ahead and copied the pieces from Pia's pictures instead. 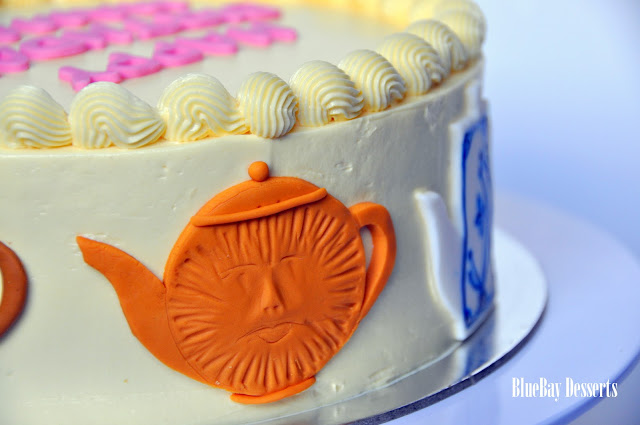 I didn't tell her that I'd be doing this though, so it'd be a little surprise but mostly, I was a bit worried no one would recognize any of the teapots I made!

Sweet Pia called me again later to say that her Mom HAD recognize them and that every last cake crumb has gone : )