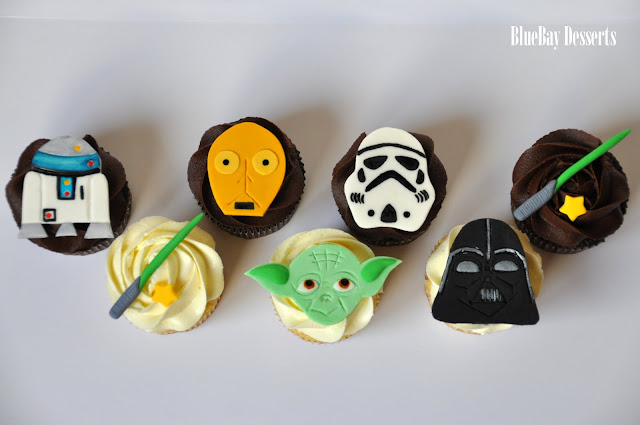 Being more of a Trekkie, my Star Wars knowledge is quite abysmal.

I know that C-3PO is a little paranoid.

I know that, a funny way of speaking, Yoda has.

I know that Darth Vader is a mouth-breather who tries to kill people after first telling them that he's their father. 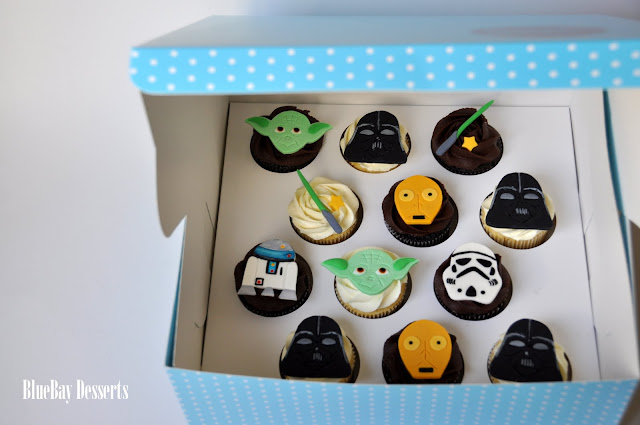 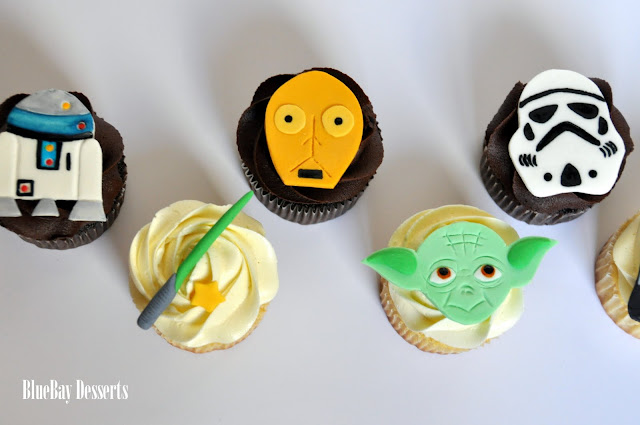 That's pretty much the extent of it, though.

So, to avoid committing any accidental faux pas', I did a little wikipedia-ing before starting these cupcakes.

I have to say, seeing all that Star Wars Love has kind of made me want to have myself a little movie marathon to see what all the fuss is about. 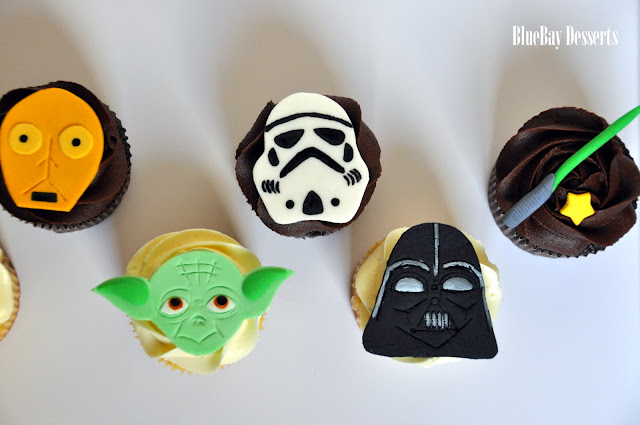 These cutie little cupcakes were ordered by Karle and Jaco as a surprise for their three little Star-Wars-loving boys : )