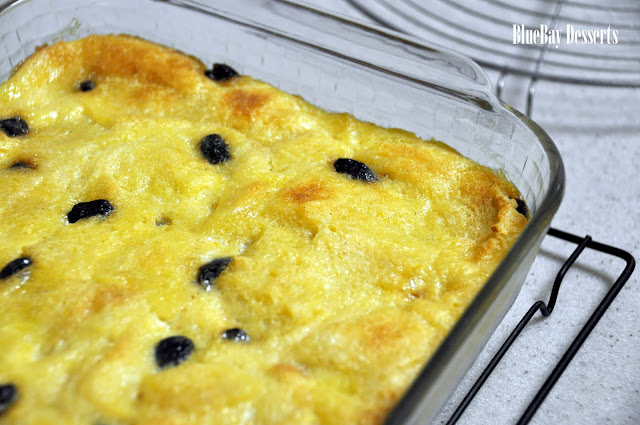 Bread rarely has the chance to go stale in our house.

A mini feat, I think, considering we have at least three types around here at any given time.

What can I say, we love us some carbs.

From time to time, though, we get a little carried away - this bread pudding was made from a baguette that was ignored  a little too long. 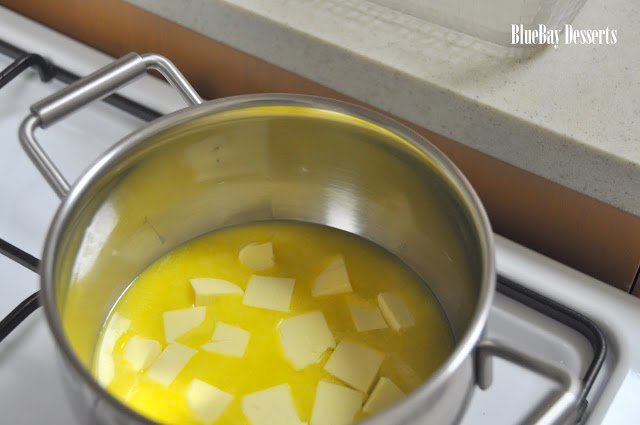 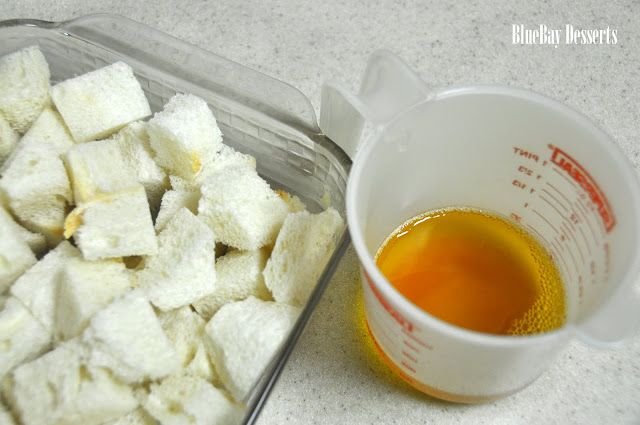 If you like your pudding on the custard-y side, this is the recipe for you.

It's super basic - I browned the butter so I could feel like I put some effort into this but, you don't really have to.

Fancying it up a bit is a snap, too. Just throw in some chopped walnuts or pistachios, dried apricots or cranberries, you could replace the vanilla with almond essence or orange zest, the possibilities are infinite.

If a firmer, drier (for lack of a better description) pudding is more your speed, just leave out a 1/4 cup of the milk or throw in a bit more bread and you're golden. 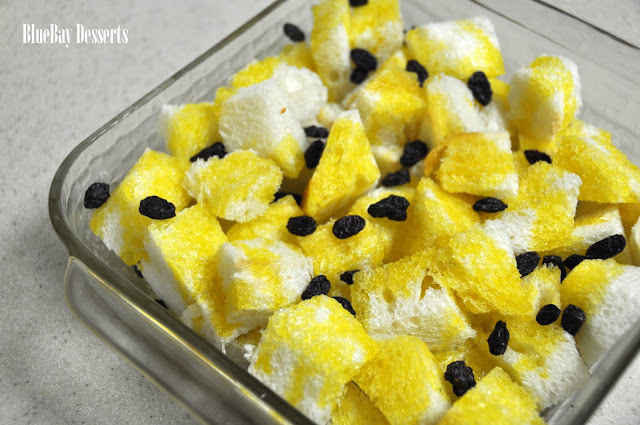 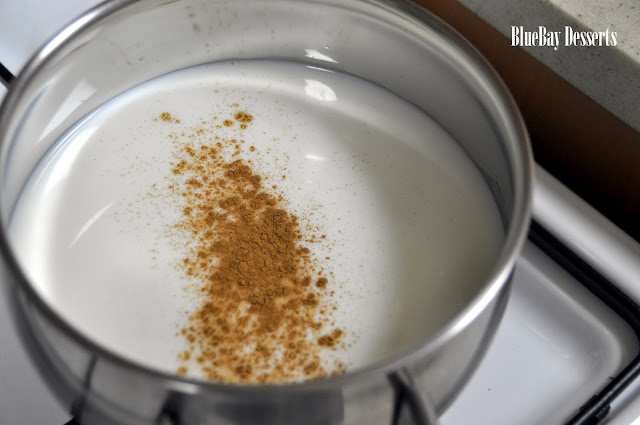 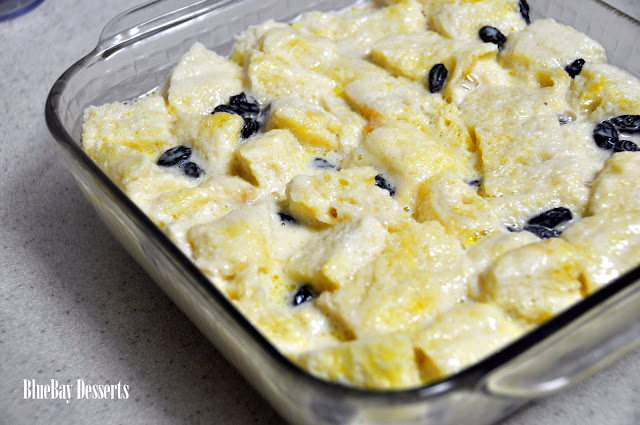 Cut thick slices from you baguette, take off the crusts and cut into cubes. Toss your bread with the raisins and arrange in an even layer in an 8 or 9 inch baking pan.
In a small pot, melt your butter and let it simmer until it browns up and starts smelling nutty. Make sure you stir it every now and then so the milk solids that collect at the bottom don't burn. Pour your brown butter evenly over your bread and set aside.
In a medium bowl, whisk together your eggs and vanilla, set aside. Heat up your milk, cinnamon, salt and sugar. There's not need to bring it to a boil, just make it so your sugar is totally dissolved. Temper your eggs with your hot milk, whisk everything together and strain the mixture before pouring carefully over your bread. Let everything sit for a while so the bread can absorb all the liquid. You may have to help it along by gently pressing down the bread cubes with a fork.*
While you wait for the bread and eggs to make friends, preheat your oven to 300°F. Bake your pudding in a bain marie until the  top starts to brown up a bit and a knife comes out cleanly when inserted into the centre, took me about 35 minutes but watch yours carefully. Let it cool down a bit before serving.**

*You can prepare up to this point the night before, just cover your unbaked pudding properly and chill overnight or until you're ready to bake it.
**I served this one with a little whipped cream but you could do vanilla sauce or berries or ice cream, whatever you like : )